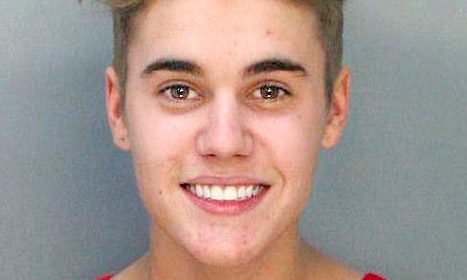 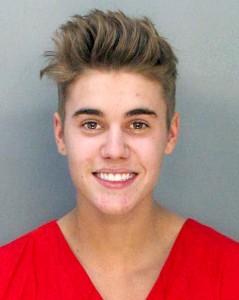 Only two people have ever been inducted into the Subject:CINEMA “Bonehead Hall Of Fame” – in order to achieve that prestigious honor (!), they had to be named the “Bonehead of the Week” or “What a Bonehead!” five times.  And ironically – or perhaps not – both of the individuals who have so far achieved this feat are Canadians. Both, however, got their qualifying Bonehead honors for different reasons. For William Shatner, one of our favorite people, his continual bitching about not being included in the first J.J. Abrams Star Trek film was a big factor. He had a point of sorts, since Leonard Nimoy WAS included in the first film (and a cameo in the second as well). Bill’s been left out in the cold. So he had a legitimate beef – it was the fact that he never stopped whining about it that got him to the level of Hall Of Fame status.

We could go on and on about how much the little bowl-cut teenybopper annoys both of us. But in truth, I actually like some of his music – “Somebody To Love” was a pretty good dance number, “Pray” a beautiful ode to the state of the world, and “As Long As You Love Me” as good as a jam as any other artist could lay down.  It’s the PERSON that bothers me.

Now to be fair, Bieber DID once get a “Scream and Shout” award for selflessly giving his time to a terminally ill girl who was a huge fan (and who subsequently passed away a few weeks later, a bigger fan than ever for his kind gesture). But he was the first person to achieve the Hall Of Fame status, doing so with a sudden spurt of boneheadedness with three entries in five weeks’ time added to two earlier entries. And since then, we’ve pretty much avoided giving him the “What A Bonehead!”. Lately, it’s mostly been because he hasn’t known how NOT to be a bonehead.

Last week, Bieber was arrested in Miami for drag racing and DUI, and admitted to the police that he’d had a beer, and that he’d been popping downers and smoking weed all day. He luckily dropped his belligerent status before he was formally charged with resisting arrest as well.  The week before that, police in Calabasas, CA., where Bieber has his home, raided that home and seized video surveillience tapes after Bieber was accused of egging his neighbor’s home. There was the whole thing at the Anne Frank museum in Germany last summer, writing in the guestbook that he hoped that “she would have been a Belieber”…Oy…

Now, a group of Bieber haters have launched a formal petition to have Bieber deported – they say that his arrest proves he’s not worthy of being allowed to live in the greatest country in the world (that last bit is my hyperbolic opinion…).

I have only one thing to say to this….really? Really? REALLY?

We have a LOT more important problems with immigration issues facing the USA than wasting millions of YOUR tax dollars deporting a spoiled brat Canadian teen who’s running a little wild.  Hell, the Nixon and Ford Justice departments spent millions of tax payer dollars and nearly six years trying to deport John Lennon on ridiculous drug charges in the early 1970s. They failed too, MISERABLY. So let’s get real and think about the expense of deporting this little twonk, ok? Maybe YOU want to pay for the court proceedings, but you DARE ask me to pay for them.

Besides, this last incident in Miami has me thinking that this little dweeb is a lot smarter than we are all giving him credit for…and may be playing ALL of us for suckers…

Think about this for a moment (whoops, let me put on my tinfoil hat first…there we go…):

Less than a month before the egging incident in Calabasas, Bieber was doing an in-studio appearance in Los Angeles where he told the DJs that he was going to retire from music for awhile. Now of course, he didn’t clear that with his manager, Scooter Braun, who promptly issued a statement saying Justin was just kidding. Then, the tabloids said that the two of them had a screaming match and Bieber came close to firing Braun, and told him to NEVER contradict him in that way again (this of course assuming the Biebs knows what “contradict” means).  Then Bieber made the statement again at another personal appearance for a radio station.  This time, Braun issued a statement saying that Bieber was planning to take a year off. He had also mentioned in both appearances, and Braun reinterated the statement in his spin doctoring, that Justin, when he returned, would be embarking on a career in rap music, a far cry from the fluffy pop he’s known for.

Flash forward a few weeks to last week in Miami. Bieber, leaving a strip club while intoxicated and also high, decided to have a drag race on city streets, something that everyone knows is illegal. And so is being under the influence when you’re under 21.  So of course the Miami police hauled him in. And you know what? I think the little schmoe PLANNED IT THAT WAY.

I think he saw the idea of drag racing while high and mildly drunk as a surefire way to get arrested. And thus boost his “street cred” as a rapper. I mean, take a look around – most of today’s biggest rap stars have been busted at one time or another, either for drugs, booze, assault, or packing heat without a permit. And I’m thinking that Beiber saw this as a chance to be taken seriously by the serious rap artists (and perpetual potheads) he’s been hanging out with for the past 18 months or so.

And you know? His plan ALMOST WORKED.  And then…in true Bieber Bonehead fashion, he BLEW IT…with a pretty boy, almost posed mugshot that thanks to his goofy grin looks more like a pic from Tiger Beat….not The Source…

Awwwww….I’m so sorry, Biebs….but you know how the old saying goes….once a Bonehead, always a Bonehead….