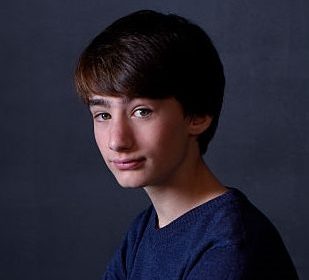 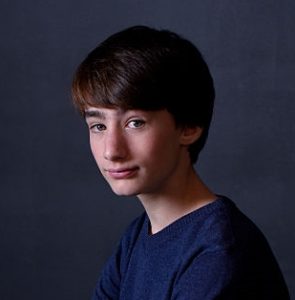 At just FOURTEEN years of age, “Little Men” star Theo Taplitz is already an accomplished filmmaker. Theo won over our hearts in that 2016 film which took a TON of year-end Poppies and Rosles awards last year. Theo was also named PNR/eCO’s #1 Male Rising Star in 2016, and if he doesn’t soon get a deal for his talents from a major studio, it’s a crime.

Taplitz attends a film-centric school, Cinematic Arts Academy @ Millikan, and his most recent film for them won the Audience Award at their 2017 Spring Festival. Entitled “Goodbye Sam“, it features a young boy holding a funeral for his late pet bird, complete with puppet guests. Written, produced, and directed by Taplitz and starring his equally talented young brother Nicholas (AKA Boxboy from several of Theo’s earlier films) It is utterly charming – take a look and find yourself with a HUGE grin at the end…enjoy!