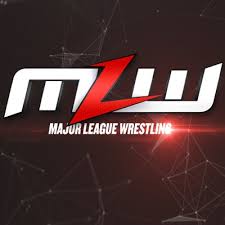 Major League Wrestling has become the first of the newer, fast-rising pro wrestling companies to announce a full shutdown as COVID-19 continues its rapid spread across the US.

MLW announcing a shutdown is VERY important, as the three major cable television wrestling companies – World Wrestling Entertainment, All Elite Wrestling, and Impact Wrestling – along with many indie companies, have tried to continue business during the interim; just yesterday I watched a live Southern Underground Pro card in Nashville on the streaming network IWTV, which the indie company was determined to carry on with as it was a show where the proceeds were going to help with the recent Nashville tornado cleanup. WWE in particular is in a bad position, as their annual flagship pay-per-view event, WrestleMania, is scheduled for Tampa, FL, on April 5. However, with the new guidelines being released by the Center for Disease Control on Sunday, recommending no more than 25 people in any public gathering, it is unlikely many will be able to continue forward until mid-May at the earliest.

WWE already has been doing their best to comply with previously issued guidelines, running their three weekly live broadcast shows, Raw, Smackdown, and NXT, from their Orlando FL-based training HQ, the WWE Performance Center, with no live audience, since last Friday. All Elite Wrestling went with a full live episode of their flagship series, AEW Dynamite, last Wednesday, but it is unknown whether or not they will be able to do so this week after moving the planned show from Rochester, NY to their homebase in Jacksonville FL; the company is owned by Jacksonville Jaguars father and son owners Shahid and Tony Khan, and run by Tony Khan and the group of wrestlers known as “The Elite” headed up by Cody Rhodes, Kenny Omega, Christopher Daniels, and Matt and Nick Jackson. Impact Wrestling, which does not do live television but does tape in front of a live audience, has not made any announcement yet about their immediate plans, nor have three other well known, but smaller footprint, nationally televised promotions, Baltimore-based Ring Of Honor,  Atlanta-taping-based NWA, and Los Angeles-based Championship Wrestling.

MLW programming runs on BeIN SPORTS cable network and You Tube, WWE programming on the USA Cable Network, Fox Television, and their own streaming WWE Network, All Elite Wrestling on TNT and YouTube, and Impact Wrestling on AXS and FITE TV.