STEP UP: Donate to the memorial for Streetcat Bob 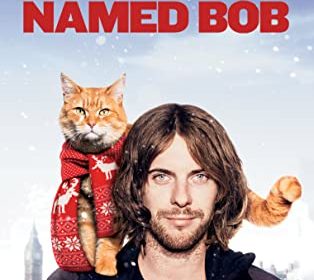 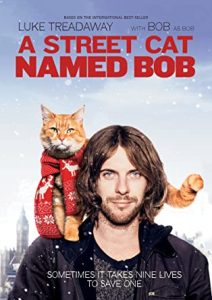 Although it didn’t make the news in the states as widespread as it did in the U.K., Bob, the incredible ginger cat that was the focal point of author James Bowen’s bestselling book “A Street Cat Named Bob” as well as several book sequels, and an incredibly beautiful film based on the book and also called “A Street Cat Named Bob” starring Luke Treadaway as Bowen and Bob as himself in most scenes, was killed in a hit and run last week; he was believed to be around 14.

For the millions of people around the world who got to know Bob through Bowen’s book series about him, and through the film, as we did (a sequel, “A Gift For Bob“, is due out this Christmas), he was an amazing cat, and Bowen has always credited the loving feline for giving him the strength to break the cycle of drug addiction he was in and turn his life around.

Now, Bowen is raising money to provide a proper memorial for the famous cat, and also to help defray the costs of Bob’s funeral. His goal of raising £100,000, thanks to the outpouring of love from Bob’s fans around the world,  is halfway there, and we’re asking our readers and listeners to donate to the fund.

For those of you who are not in the U.K., donations are being solicited in pounds sterling, which means that a £10 donation is approximately $12.50 US dollars. In this time of strife around the world, we realize that asking you to donate to such a cause is a lot, but Bob brought joy to millions of people around the world, and his legacy will carry on through the future to a new generation who will come to love him as much as we did. And as always in cases like this, every little bit will help.

The film “A Street Cat Named Bob” is available for free to Amazon Prime members and for $2.99 rental for non-members – if you’ve never seen it, please check it out – it will give you goosebumps and warm your heart!

James’ GoFundMe for Bob’s memorial is here – click on the link below to donate. And on behalf of Bob’s fans around the world, thank you!

Bob, thank you for the gift of being you – and for the joy and love you spread to millions of people everywhere! We will miss you so much….